This is a post that has been on my heart for some time now. I referenced in a past post, that eventually it would be it’s own post … so here it is! It’s a part of me that feels the need to explain or defend, but more so wanting to share the real story of our son’s name.

So once you tell someone you’re pregnant, the follow up question is :”Boy or Girl?” If you know the gender and tell them, the next question is: “Do you have a name picked out?” If you really think about this, these are quite personal questions. Yet someone sees your bump and immediately they’re personally invested, they somehow feel a part of it and just have to know these details. I get it, they’re excited but it can be really overwhelming to answer these questions to strangers in the grocery check-out line. Or for me, every single customer that came into the bakery. Anywho, I digress.

Clearly I got this question a lot, not only from strangers but of course from friends and family during our pregnancy. My response was always: “We’re waiting to meet him to pick his name.” And that was the God’s honest truth.  We we’re torn with sticking to Jon’s family tradition of naming males with the initials “JR”. Or taking his father’s permission of: “Start your own tradition, pick whatever name feels right!” is what he told us at our gender reveal party when the icing inside our cake was blue. Jon and I had tossed around a few names, but nothing truly stuck with us, we were very undecided.

So once we discovered his gender that day at his reveal party, we had decided for now that Baby Boy Hurtt would be his name. It was his new hashtag on social media and in every facet of his life from 17 to 30 weeks, that’s what we called him. I had it pictured so clearly in my mind, that once I gave birth, I would hold my son and he would just move or coo a certain way and we would know in that instant what his name would be and our decision would be made for us, by him.

So what happens when that beautiful dream of holding your fresh, new, living son in your arms to tell you his name is no longer your reality? I was just trying to survive the insurmountable tasks ahead of me and process the million emotions that come with facing a stillbirth. Yet it was something that was immediately asked of us at the hospital: “What’s his name, do you have a name?” I felt like such a failure. I felt like a bad mother that I did not have this perfect monogrammed name already picked. They asked numerous times from when I was admitted late Saturday night until he was born Monday evening. I became frustrated that they kept asking. Jon and I of course discussed it during the time I was laboring. We both had this innate feeling that it didn’t feel right to just pick a random name off our “maybe list.” Nothing was coming to us, every proposed option sounded wrong. We gave ourselves some grace to just get through the delivery and that maybe later it would come to us.

Well I can tell you that in the short time that we got with him, we weren’t focused on choosing that perfect monogrammed name. We were just trying to soak in every ounce of him, knowing our time was beyond limited. There was a moment after both our parents met and spent time with him, where it was just the three of us, no nurses or anyone, just us. I don’t know how we came to this exact moment but I just remember saying to Jon: “What about Baby Boy Hurtt?” and his response was: “I was thinking the exact same thing.” Because the first moment I got to hold him, and through the tears I just kept repeating in a way of comfort to myself, “My Baby Boy, my sweet Baby Boy.” Something finally felt right during a situation that was the definition of wrong.

My reality was staring me straight in the face when I held my lifeless son, that he was not going to look or coo at me a certain way to tell me what to name him. But when holding him, I found comfort in calling him what we had called him his whole life, Baby Boy Hurtt. So when the nurse came back in to discharge us to the floor below for my recovery, she asked us about the name again, so we could officially sign his birth certificate. We felt confident when we repeated back to her: “First name: Baby, Middle Name: Boy, Last Name: Hurtt”.

I won’t lie and say I did not initially struggle with this. I had doubts when we returned home from the hospital, telling myself he deserved a more “proper name.” Also, every mother that I had met in my support group and through the loss community all had exact names for their children. It made me feel inadequate when telling our son’s name. To me, it made it sound like his life was less real or valid. Because clearly if he arrived living outside my womb, we would be met with the task of giving him a name that would need to be acceptable on a resume some day. Yet we knew even before his birth, that unfortunately that would never be his reality. If we had our hearts set on a name from the beginning I would have felt confident in naming him just that. But we didn’t, so this is what felt most real and honest to us and to our son.

We did get questions like: “Well eventually are you going to give him a REAL name?” Even when planning his memorial service, when saying his name we were told “Oh that’s OK, we can plan a proper naming ceremony for him at a later date.” So all these outside influences weren’t helping my doubt. So much pressure, so much guilt, did we make the right decision? Jon always provided the reassurance I needed, saying: “We did what felt right to us and our son in that moment, and I wouldn’t have it any other way.” And what truly sealed the deal for me was during our trip to Asheville for his due date (two months after his birth), when we kept seeing all the bumblebees. In that moment I said to Jon: “Bumblebee, double B’s, just like our Baby Boy.” To which he responded: “Yes, I love that … and someday BB will stand for Big Brother.”

So it is with extremely joyful yet anxious hearts for us to announce that Baby Boy will be earning that title of Big Brother. Yes, we are expecting his little sister this September! And in the spirit of making this pregnancy feel different, we have already chosen her name. Although her namesake made it very easy on us to do this. In honor of my Grandmother Julia, our daughter’s name is: Juliana Rae Hurtt. You’re probably asking yourself: “where did the extra n-a at the end come from??” Well just this past Christmas, my grandmother shared the story of her own name. She said her parents’ intended name for her was Juliana (not Julia), but there was a mix-up when they submitted her birth certificate. Her parents had recently migrated from Hungary; so between the language barrier and the office unable to read her father’s handwriting, and after THREE submissions of it, every time it came back just “Julia”. So after much frustration, they decided to just settle on Julia. She expressed how she always longed to be called Juliana instead, because – “it sounded more elegant to her”. So now she has her great-granddaughter to carry on her true namesake. Clearly Jon and I gave up on the JRH male tradition when choosing BBH for our first born son, yet ironically (and truly not purposefully) his sister is being donned with those initials. We did want a part of Jonathan’s family namesake to somehow be incorporated, knowing she my not forever be a Hurtt. So lending from Jonathan’s middle name Raymond, comes a more feminine form – Rae. So this is her name story, equally meaningful and personal.

Also in the spirit of “this is probably a whole other blog post” … which I know it will be, I have to briefly touch on this before you go. Please still acknowledge our son in this journey, he is still ever present in our daily lives. One child does not, and cannot replace the other. The joy of a new pregnancy does not erase or magically fix the continued heartache of losing our first. Please do not emphatically assure us that this time will be different, because the truth is, none of us know. Of course we are beyond hopeful to welcome a living child come this Fall. Yet when we’ve become and lived the 1% stillbirth statistic, the other 99% does not provide comfort. The anxiety and fear of a pregnancy after loss is very real, we no longer live in a world of “safe zones”. We are truly holding our breaths for 40 long weeks. There’s a way to celebrate the joy, send hopeful and loving wishes, but also acknowledge the hard of it all too. We are now a family of 4, parenting one child in heaven and remaining hopeful to parent this child on earth ❤

Thank you to our whole village of family, friends and the loss community for your continued support. We hesitated to share this news for obvious and maybe not so obvious reasons. But as we’ve openly shared our grief in efforts to heal and maybe help other families heal too … we wanted to equally share good news and maybe spread some hope too. We are forever grateful to the ones who have mourned with us, who can also celebrate with us too. A million thanks to you all! 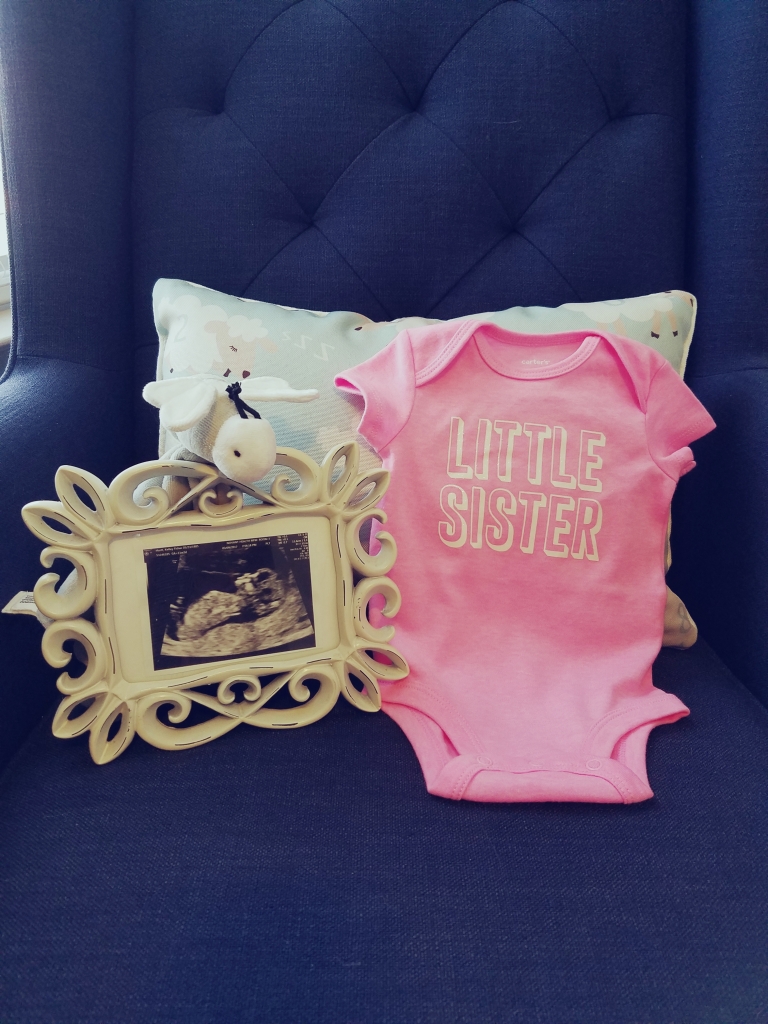 A culinary school grad / pastry chef on sabbatical. D.C. native, 11 year Charlottean. Wife of 6 years to my love and best friend Jonathan. Bravo-holic. Beyonce enthusiast. Parents to a yellow lab named Rocky and to our son, Baby Boy who was born still at 30 weeks on May 23rd, 2016. View all posts by Kelley Hurtt